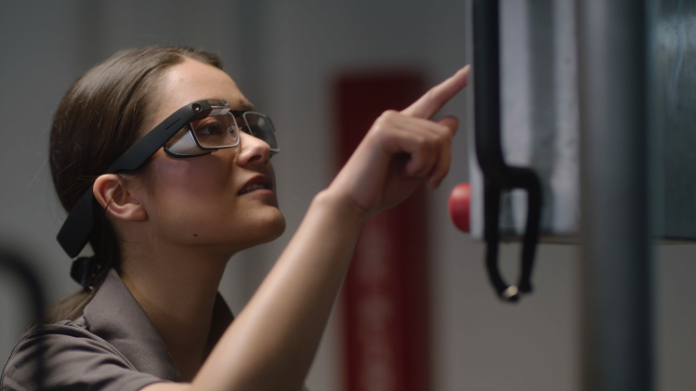 Coffee shops are where you’ll often find early adopters of technology. They like to display their latest cutting-edge devices as they sip lattes and dark roast coffees. Interestingly enough, you might first see Google Glass devices and similar technology in someplace far less trendy; like a construction site. The reason for this is the practical applications of the new wearable computing device technology.

A retaining wall contractor in New Jersey or an NJ window company might find more practical uses for the new technology sooner than the average individual. In fact, Google Glass competitors Vuzix and Kopin, both of whom are developing similar devices, are working directly with companies that are seeking to put wearable eye technology to use immediately. The companies envision them being used by emergency workers and in industrial settings like warehouses, repair shops, and construction sites.

Vuzix will be launching its M100 device this summer. It will cost approximately $500 and will closely resemble the Google Glass device. It actually is not a standalone computer, but a hands-free display that interfaces with a tablet or smartphone. Paul Travers, the CEO of Vuzix, has said that they have been working primarily with industrial clients interested in using the product as a way for 3rd parties to view, in real-time, what the wearer is seeing. Or it could be used by technicians, field engineers, and medical professionals to give them visible data and schematics as they perform their duties. Vuzix sees more potential in these applications of the device than they do in gaming or photography. But that’s not to say there isn’t a market for both.

Another knockoff device is the Golden-i made by Kopin. The device is bulkier and resembles a headset more than an eyepiece. It runs on Windows CE, has Wi-Fi access, and is small and light enough that it could be retro-fitted to a helmet or worn straight on the head. Firefighters and policemen users are logical applications of the Golden-i according to the company. Police officers could use the headset to display a map, view a street camera, or receive alerts.

Google, on the other hand, seems to view its Google Glass device as a direct-to-consumer product that will be widely adopted and change the way we access computer information. Aesthetics and mainstream adoption of the technology may be overhyped a bit. Only time will tell. Wearable technology definitely has displayed some traction with other devices like Nike’s fun FuelBand and FitBit, or more serious tech like Second Sight’s Argus II Bionic Eye, which enhances vision.

Whatever happens with Google Glass, it’s readily apparent that companies like Vizux and Kopin are not waiting around for mainstream adoption of the technology. They are, instead, targeting industrial and practical professional uses of their devices. That’s why you’re far more likely to see an Engineer on a construction site with an M100 than you are a nerd at Starbucks with Google Glass. Learn more about different latest technology news and gossip, on this website: www.dzcode.net